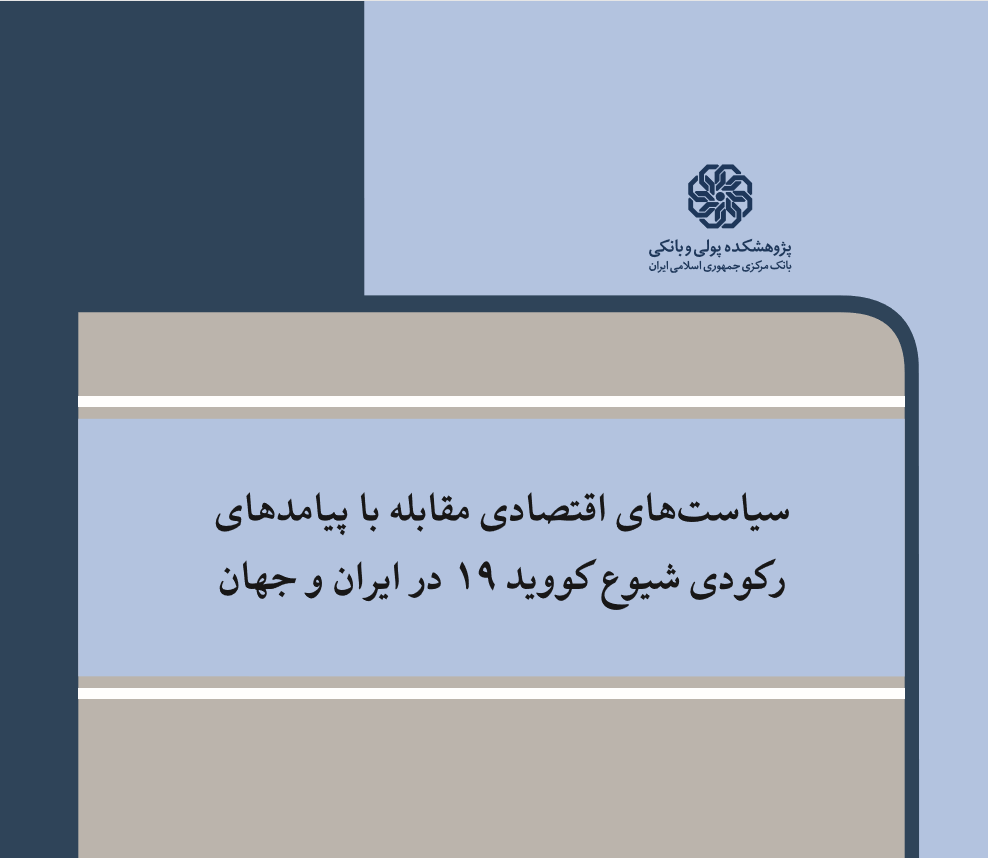 The Central Bank's Monetary and Banking Research Institute has published a new policy report to address the recessionary consequences of the COVID-19 outbreak in Iran and the world, and made suggestions.

According to the public relations of the Monetary and Banking Research Institute, the introductory section of this report, entitled "Economic policies to deal with the recessionary consequences of the prevalence of COVID-19 in Iran and the world" is expressed as follows: The Corona epidemic has severely affected the economies of many developed and developing countries through negative shocks on both sides of the supply and demand of the economy as a whole. The crisis has gradually manifested its negative economic effects in various areas, including the recession, severe job losses (especially due to quarantine programs and social distancing, and increased government budget deficits, among the most important consequences.) Under such circumstances, and given the experiences of the 2008 economic crisis, policymakers in various countries are working hard to control the economic impact of the COVID-19 crisis, taking into account short-term and medium-term economic programs and, in particular, broad monetary and fiscal policies.

The report, written by Sajjad Ebrahimi, Hossein Meysamy and Maryam Hemmati, added: Iran's economy has faced greater challenges than other countries with the outbreak of COVID-19. Because the country has faced harsh US sanctions in recent years, and lowering oil prices and, consequently, limiting the government's foreign exchange earnings, has made it harder for policymakers than other countries to meet the government's financial challenges. However, despite all the restrictions, including economic sanctions and the government's budget deficit, appropriate measures have been taken to control the prevalence of COVID-19 disease in the country. Extensive monetary and fiscal measures and policies for the proper use of limited resources and facilities in order to reduce the economic impact of Corona Virus on households (especially the low-income groups), and maintain the existing production and employment chain of enterprises have been regulated and implemented. It is expected that by implementing the set of policies adopted and strengthening and completing the step-by-step of these policies, the country will be able to control and manage the negative economic effects of the Corona outbreak crisis as much as possible.

This policy report provides three additional suggestions for countering the economic effects of the Corona outbreak in Iran in the areas of monetary policy, banking policy and fiscal policy, including "accelerating and expanding the use of productive credit certificates (GAAM) for immediate support of the supply chain" and "making maximum use of the capacity of open market operations on Islamic government financial securities to manage interest rates."

Those interested in accessing the full text of this policy report can refer to the portal of the Monetary and Banking Research Institute of the Central Bank at https://www.mbri.ac.ir