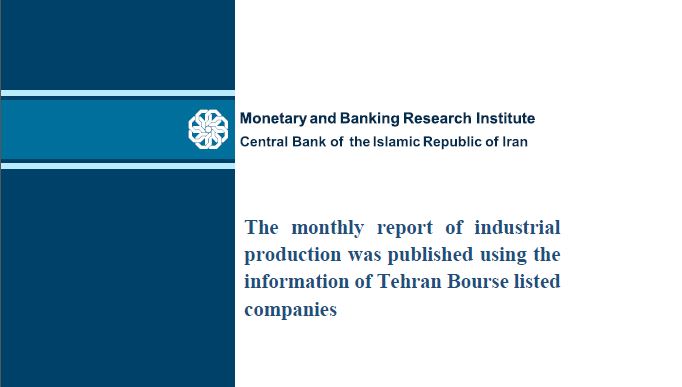 The monthly report on industrial production using Tehran Stock Exchange-listed companies' information was published by the Monetary and Banking Research Institute of the Central Bank.

According to the Public Relations of the Monetary and Banking Research Institute, the management summary of this report states: In October, as in the last six months, the upward trend of industrial production index of listed companies continued and the growth of this index reached 6.9% compared to the same period last year, which has been unprecedented in the last two years.

A significant part of the increase in the growth rate this month can be attributed to the increase in chemical products production, which grew by 2.9 percent in September (compared to the same period) to 7.7 percent in October. Of course, considering that this industry's sales growth has increased more than the growth of its production, the strengthening of demand for this sector can be considered a stimulus for growth.

Of course, production in the automotive and parts industry, as in previous months, has grown by about 20%, which has contributed significantly to the positive growth of industrial production in recent months.