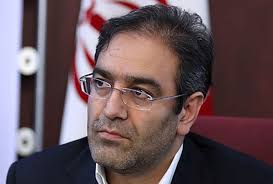 Emphasizing the important role of information sharing in today's world, the Monetary and Banking Research Institute head said: "Using the media can help to identify more Iranian products and their competitiveness in export and global markets."

According to the Public Relations of the Monetary and Banking Research Institute, Dr. Shapoor Mohammadi, who spoke at the "Media and Institutionalization of Trade and Export" webinar, said: So far, several articles, worldwide, about the reasons for export growth and its impact on economic growth in different countries have been written so that many of these countries consider exports as the main factor in increasing their economic development.

He continued: "Many countries are looking for their economic growth to be exogenous and provided by exports. In Iran, the Supreme Leader, especially by communicating the axes of resistance economic policy, has emphasized the externalization of the country's economic growth and non-oil exports."

The head of the Monetary and Banking Research Institute stated that in addition to currency appreciation for the country, exports would cause an investment surplus and, as a result, the country's economic growth.  Exports lead to increased research and development and help manufacturers seek to improve the quality of their products in the world's competitive environment.

"Network economics, although, has its characteristics, but an important part of it is based on information economics," he said.

The Monetary and Banking Research Institute's head emphasized: The launching of the new Exim News site can help create a single language between Iranian exporters and importers of goods from Iran in terms of information and culture and increase awareness of Iranian products and their competitiveness in the global markets.

Mohammadi, referring to Exim News's launch in 2015 to provide accurate information on exports, noted: This news site has been active before, but today's unveiling is to strengthen, update and make it more functional.

He stated that if the international conditions are available in the coming years, we will face an export leap, adding that we must follow appropriate strategies from today to provide accurate information on this issue.

The Monetary and Banking Research Institute head said: "This news site can play a very constructive role in helping the country's exporters and importers and be active in specialized sectors along with media such as IBENA."