The Industrial Production Index of TSE listed companies grew by 3.9% in January 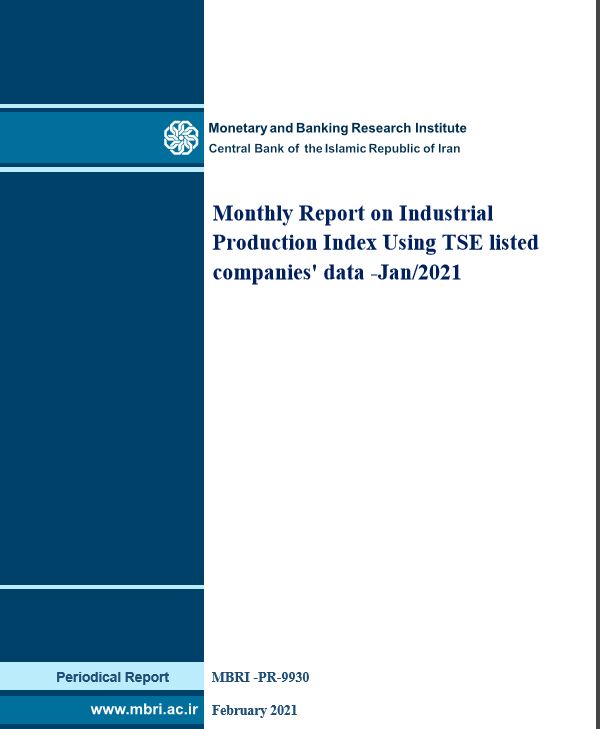 The Monetary and Banking Research Institute published a monthly report on industrial production using TSE listed companies' information for January 2021, according to which the index has grown by 3.9% in January compared to the same period last year.


According to the Public Relations of the Monetary and Banking Research Institute, the growth of the industrial production index in January, although positive compared to the same period last year, compared to the performance recorded in previous months (growth of more than 6% in October and November compared to the previous year) shows a downward trend.

The study of companies' profitability performance in the 9 months of 1399 also shows the improvement of the profitability of listed companies. Nominal net profit in the first 9 months of 1399 in export-oriented industrial companies (chemical products and basic metals) has increased by more than 100% compared to the same period last year. The number of loss-making companies has decreased significantly in this period. However, during this period, companies in motor vehicles, despite their significant production growth, faced an increase in losses compared to the same period last year.

According to the new instructions on how to disclose information by the Stock Exchange and OTC publishers, which was announced on December 20, 2017 and came into force on December 30, 2017, the method of reporting of Stock Exchange companies has changed, and manufacturing companies have been required to report monthly activity (which includes production and sales performance by product items) with a 5-day break from the end of the month. According to surveys, the companies that have published in recent months are more than 220 companies, which according to the statistics of 2016, their production value is equal to 46% of the production value of large industrial workshops with more than 100 employees (a sample that the Central Bank uses in the seasonal report).

The first step in calculating the growth of industrial production in a period compared to the same period last year is to obtain information on industrial goods items whose data are available for the period under review (e.g., December 2018) and the same period last year (December 2017) and has been reported by the companies. The following explanations are useful in describing this process:

·        The meaning of items of industrial goods that are the criterion of calculation is the goods-company. For example, Khark Methanol-Petrochemical is one of those goods. According to the statistics of the studied periods, monthly information between 1100 and 1300 items of goods is used to calculate the index's growth.

The Laspeyres method is used to calculate the index. That is, the product of x is multiplied by the base year price at a given period. It should be noted that the method of indexing is a chain and changes in each period of the base year.