Jobs changes of 100 million people in the world 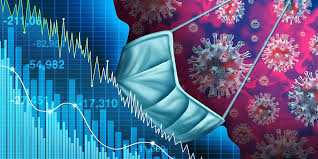 By 2030, about 100 million people in the world's top economies will be forced to change jobs so that the continued spread of coronavirus has accelerated this trend in the global employment market.


By collecting statistics and information, Mackenzie Consulting Institute predicts people will change jobs in the world's top eight economies over the next 10 years, up 12 percent from the previous forecast.

In China, France, Germany, India, Japan, Spain, the United Kingdom, and the United States, one in 16 people will have to change jobs over the next 10 years.

Accordingly, if 17 million of these 100 million people are Americans, and due to the reduction of salaries, only in retail and hotel management, 10% of the employees of this country will be affected.

This report emphasizes; young people, women, the illiterate, and ethnic minorities in Europe and the United States are under increasing pressure to change jobs due to the corona outbreak.