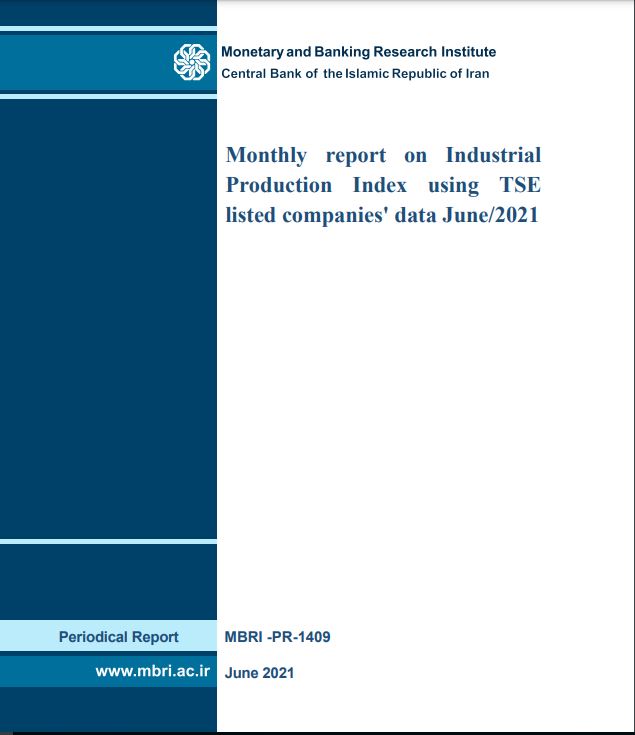 The Monetary and Banking Research Institute presented a monthly report on industrial production using information from TSE-listed companies in June 2021.

According to the public relations of the Monetary and Banking Research Institute, the upward trend of production growth in the industrial sector continued in June, and the Industrial Production Index of TSE-listed companies in June has grown by 7.6 percent compared to the same period last year. While the growth rate of this index in May was 6.8 percent.

Of course, the production index of TSE-listed companies in June is still about 5% lower than the index at the end of 2017.

However, the June index has been the highest index number since May 2018. Comparing the production index of June 2021 and June 2018 shows that the production of MOTOR VEHICLES, ELECTRONIC EQUIPMENT, and FOOD and BEVERAGES in June 2021 has been significantly less than June 2018.

Also, the study of industrial growth shows that the growth of production in the MOTOR VEHICLES industry has had the most positive effect on the growth of the overall index. Of course, the major part of the increase in production of this industry in June has been due to inventory.  In addition, despite the increase in sales in the CHEMICAL PRODUCTS industry, production growth in this industry has been negative and close to zero.

A study of the profitability of TSE-listed companies in the twelve months of 2020 shows that the nominal profit of these companies has increased by more than 133 percent, which is mainly due to the increase in profits of export-oriented industries (REFINED PETROLEUM PRODUCTS, BASIC METALS, and CHEMICAL PRODUCTS).   This increase in profits is mainly due to the growth of the exchange rate and the increase in the prices of export products