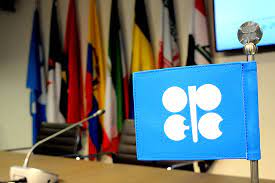 The Organization of the Petroleum Exporting Countries (OPEC) was born 61 years ago on September 14, 1960, in Baghdad.


OPEC is proud to celebrate the 61st anniversary of the organization's rich and unique history and heritage, and this is an opportunity to reflect on the past and look to the future of this international body.

61  years ago, OPEC came to life at a conference held in Baghdad on September 10-14, 1960, with representatives of the five oil-producing countries. Fouad Rouhani from Iran, Talat al-Sheibani from Iraq, Ahmed Seyed Omar from Kuwait, Abdullah al-Tariqi from Saudi Arabia, and Juan Pablo Perez Alfonso from Venezuela represented the countries.

"The world has changed unimaginably since 1960," OPEC Secretary-General Mohammad Sanusi Barkindo said on the organization's 61st anniversary. The challenges that our member states faced in 1960 were very different from today.

He continued: "However, in all the turbulent moments of the last 61 years, OPEC's commitment to international cooperation, dialogue, and responsible action in line with the interests of oil producers and consumers and the global economy has been uninterrupted."

"On OPEC Day, the indefatigable break of generations of heads of state, ministers, governors and other high-ranking experts inside and outside the Secretariat, secretaries-general, managers, and staff in related fields, all of whom have played an important role in the organization's success, are appreciated," he said.

Sixty-one years after the founding of OPEC, the organization continues to focus on the balance and stability of the oil market, promoting dialogue among all stakeholders in the energy industry, in particular through agreements and charters, and seeking solutions to some of the major challenges facing humanity; Climate, sustainable development and reducing energy poverty.