European industries were crushed due to the high price of gas 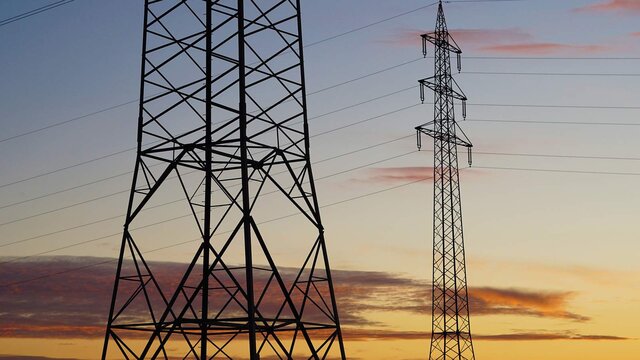 Rising energy prices in Europe are not only hurting ordinary consumers but also industrial activity, and the post-coronary recovery in European economies is being jeopardized.


From chemical producers and miners to the food industry, large European companies say high gas and electricity prices have hurt their profit margins and forced some to limit their activities.

Some factories have closed due to high natural gas prices. Analysts say more industrial activity across Europe is likely to cease in the coming weeks.

Meanwhile, high prices for natural gas in Europe have pushed up the price of single LNG shipments in Asia, which is unprecedented for this time of year, between the peak of summer demand and the arrival of the winter heating season.

But it is not just consumers who are struggling with high energy prices. Industries are also struggling with rising energy costs. CF Industries, a producer of hydrogen and nitrogen products, recently announced that it had shut down its Bellingham and Ince plants in the UK due to high natural gas prices. The company has no estimate of when production will resume at the facility.

The Norwegian company Yara, one of the world's largest ammonia producers, has cut production due to unprecedented rising gas prices. KRAP Energy, Germany's largest bioethanol producer, said its operating profit margin almost halved in the second quarter of the fiscal year due to higher raw material costs and rising energy prices. Also, in Germany, BASF, Europe's largest chemical producer, and Aurubis, a major producer of copper, have said high energy prices had placed a heavy burden on profit margins. Large industrial companies in France, such as Tereus, the largest producer of sugar, and Roquette Frères, a starch producer, told Bloomberg that high energy prices put inflationary pressures on their finances and other costs.

All of these obstacles for European industry may be just the beginning, especially if the current winter in Europe and Asia is colder than usual and increases demand for gas and electricity.

Goldman Sachs warns that industries in Europe are in danger of shutting down in cold winter. "Under such circumstances, the only balancing mechanism will be a further increase in European gas and electricity prices, which reflects the need to curb demand, and the demand for energy in the industrial sector will be limited by blackouts," the analysts wrote in a note.

The sluggishness of the industrial sector is one of the last things Europe needs right now, especially at a time when the region's economies are recovering from the Corona epidemic.

In addition, Asian competition in the LNG market means that Europe may not be able to receive more LNG. The price of single shipments in Asia has reached a record high, but buyers are buying insignificantly because they are worried that the global shortage of natural gas will worsen as winter approaches.

According to Oil Price, power plants and industries in Europe and possibly governments are hoping for a mild, windy winter; otherwise, natural gas shortages may continue until the end of the first quarter of 2022.