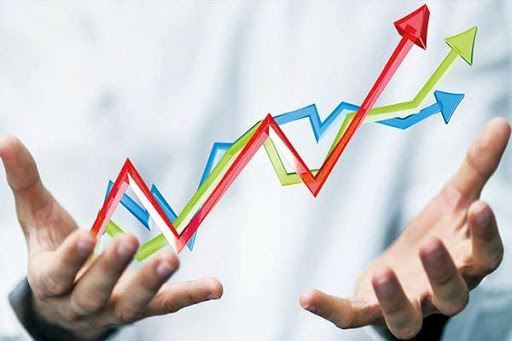 The International Monetary Fund (IMF) has highlighted growth for Iran's economy in a report after the World Bank announced that Iran's average economic growth would continue this year and next.


According to the report, economic growth will reach 2.5 percent in 2021, and 2 percent will be added to the country's economic production in 2022.

Thus, from the perspective of this institution, economic growth in three consecutive years will be positive for the Iranian economy. The International Monetary Fund (IMF), in its latest report on the World Economic Outlook, recently announced that the global economy is continuing to recover despite the continuing epidemic caused by the outbreak of Covid-19. However, the international body has stressed that the gap in the global economy created by Covid-19 will be more stable than previously expected, which will have medium-term effects. Challenges to the world economy include declining employment growth, rising inflation, food insecurity, climate change, and the crisis in human capital accumulation.

On the path to economic recovery, an unbalanced equilibrium has been struck between advanced economies and low-income economies, the cost of which will be borne by the entire global economy; Disruption of the supply chain of goods and services, rising inflation, and more complex environmental and trade policies are just some of the consequences. The International Monetary Fund estimates that the world economy will grow by 5.9 percent in 2021 and close to 4.9 percent in 2022. Supply disruption among advanced economies and slow vaccination in developing and low-income countries have pushed the IMF's outlook for the global economy 0.1 percent lower from its most recent report in the spring. Global growth is also projected to reach 3.3% in the medium term in 2022. On the other hand, with the supportive policies of advanced economies, these countries have reached pre-epidemic levels. Still, many developing countries continue to struggle and have not reached pre-epidemic levels.

In addition, inflation in the United States and some emerging markets and developing economies is rising rapidly. In most cases, rising inflation indicates a mismatch between supply and demand and an increase in the price of goods compared to their base price last year. The International Monetary Fund predicts that world price pressure will ease in 2022; But in some emerging markets and developing economies, price pressures are expected to continue due to rising food prices and delays in rising oil prices. On the other hand, a decrease in the exchange rate will increase the price of imported goods. However, there is a lot of ambiguity about the future of inflation in the world due to uncertainty about the duration of supply disruption and ambiguity about inflation expectations.

The main concern is the emergence of more aggressive strains of Covid and SARS virus before widespread vaccination in the world; As a result, accelerating the vaccination of the world's population should continue to be a priority in world politics. In this regard, the IMF has emphasized that policymakers should take concrete and cost-effective steps to vaccinate at least 40% of the population of each country by the end of 2021 and 70% of the population by mid-2022. $ 650 billion has been allocated from the International Monetary Fund for vaccination for this purpose. The report comes as countries with advanced economies experience rapid advances in vaccination.

More than 58% of the population of developed countries have been vaccinated against Corona so far, while this figure is close to 36% in emerging economies and only 5% in low-income and developing countries. Improving vaccination statistics is an economic achievement. Differences in protectionist policies have also played a significant role in distancing developed countries from others. While many emerging economies are reducing their political support, central banks in advanced economies are expected to keep interest rates unchanged until the end of 2022. Government support has provided a safe haven for many households and companies, increasing savings and improving conditions for the private sector.

Iran's economy from the perspective of the IMF