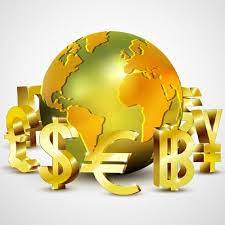 Although there is a fear that the world will return to the inflation record of the 1970s, the growth of productivity and the power of central bankers will win the economy.

According to the Economist, stagflation is an acute problem because it is a combination of two diseases - high inflation and poor growth - which are not normally associated with each other. Economic growth has been strong in most parts of the world since the beginning of the year, and the unemployment rate, although still above pre-epidemic levels, has generally declined. But the recovery seems to be slowing, exacerbating fears of a recession. Covid-19 has led to plant closures in parts of Southeast Asia, affecting industrial production.

The consumer outlook in the United States is deteriorating. Meanwhile, after a decade of slowness, price pressures are intensifying (Figure 1). Inflation in most parts of the world has reached above the target levels of central banks, exceeding 3% in the UK and the euro area and 5% in the US.

This economic picture is no worse than it was in the 1970s (Figure 2). But what worries experts about stagflation is that the charts are less accurate than the fact that even as economic growth slows, inflation will remain high, and this is terribly similar to the factors behind the stagflation of the 1970s.

One of the similarities is that the global economy again suffers from food price shocks and the energy crisis. Global food prices have risen by about a third over the past year. Gas and coal prices in Asia and Europe are close to their highest levels. Both fuel reserves are alarmingly low in large economies such as China and India. Power outages, which are currently a crisis in China, could spread. Rising energy costs are putting more pressure on inflation and darkening the global economic outlook.

Other costs are rising. Shipping rates have risen due to changes in consumer spending on goods and the accumulation of goods in ports due to Covid-19. This year, workers have more bargaining power as companies that have seen an increase in demand strive to attract enough labor. In Germany, for example, unions are demanding higher wages, and some workers are on strike.

In the current political climate, experts on inflation stagnation find another resemblance to the past. They are concerned that macroeconomic thinking has stagnated and created an opportunity for sustainable inflation. In the 1960s and 1970s, governments and central banks experienced rising inflation as they preferred lower unemployment rates to fixed prices. But the disturbing experience of stagflation helped change mindsets and created a generation of central bankers determined to control inflation. After the global financial crisis and the period of demand shortages, this focus gave way to more concerns about unemployment. Low interest rates weakened fiscal order and triggered a large number of stimulus packages during 2020. Now, as in the 1970s, those concerned are warning that governments and central banks may be tempted to address supply-side problems by boosting economic prosperity, leading to high inflation and disappointing growth.

Apart from these similarities, however, the 1970s provide little guidance for those seeking to understand current problems. To examine this, consider areas where there is no historical comparison. Energy and food price shocks have often worried economists because wage bargaining and inflation expectations may become an integral part of them, leading to rising prices. However, the institutions that can create a new era of strong labor are often weak. In 1970, about 38% of workers across the Organization for Economic Co-operation and Development (OECD) - a group of countries that are mostly rich - were covered by the union wage agreement. This figure decreased to 16% by 2019, which is the lowest recorded rate.

Adjusting the cost of living, which automatically converts rising inflation into higher wages, was a common feature of wage contracts in the 1970s. But this practice has declined significantly since then. In 1976, more than 60 percent of American workers were covered by bargaining agreements on living conditions. By 1995, that share had fallen to 22 percent. In a 2020 paper, Summers' and Anna Stansbury from Harvard argued that declining bargaining power was a "major structural change" that was key to recent macroeconomic performance, including low inflation despite declining unemployment over time. As the epidemic worsens, such a major change is unlikely to be reversed quickly.

In addition, stagflation intensified in the 1970s with a sharp decline in productivity growth in affluent economies. In the decades following World War II, governments' commitment to maintaining demand was matched by a dramatic increase in productivity capacity (the French called this period les Trente Glorieuses). But by the early 1970s, the long-running productivity boom was over. The habit of increasing demand could not help expand production potential and instead pushed up prices. What followed was a disappointing long period of productivity growth.

However, productivity has increased since the worst of the epidemic. Production per hour worked in the United States rose about 2 percent in the year to June, almost double the 2010 average. Rising capital expenditures can mean the continuation of such gains.

Another important point in the 1970s is that central banks have not forgotten how to curb inflation, nor have they lost their commitment to price stability. In the 1970s, even some central bankers questioned their power to curb rising wages and prices. Arthur Benz, then head of the Federal Reserve, believed that monetary policy had little ability to curb inflation, which was severely under pressure from wage spending. Research by Christina and David Romer of the University of California, Berkeley, shows that Mr. Benz's views were common at the time. But the end of high inflation has shown that central banks can control such price increases and that awareness has not disappeared. Last month, Federal Reserve Chairman Jerome Powell said that if higher stable inflation becomes a serious concern, we will certainly respond and use our tools to ensure that inflation is in line with our long-term goals of 2% inflation.

The new tax orthodoxy also has its limitations. The worldwide budget deficit is projected to shrink significantly from this year to the next. In the United States, moderate Democrats' concerns about excessive spending may mean that Joe Biden's large-scale investment plans should be more restricted or not approved at all.

So how will the world economy fare if it does not repeat the situation of the 1970s? The staggering cost of energy puts recovery at serious risk. If governments try to limit significant price increases - or deficits - the budgets of households and companies will shrink, hurting spending and production. It is exactly what is happening at a time when governments are backing away from their stimulus packages, and central banks are backing a tough policy. Falling demand can reduce the pressure on supply-constrained sectors. When Americans pay their hefty electricity bills, they will be less able to buy scarce cars and computers. But that could add a disturbing cost-of-living adjustment to about two years of the Covid-19 era.

Another important aspect of the global economy that has changed since the 1970s is its much greater integration through financial markets and supply chains. For example, trade as a share of world GDP has more than doubled since the 1970s. Unequal recovery from the epidemic has put severe pressure on some of the relationships that bind economies together. Fearful and anxious governments can save resources and cause more disruption.

Thus, past experiences are not the clearest window through which to look at the shaky forces of the global economy. The world has changed dramatically since the 1970s, and globalization has created a vast network of interdependencies. This system is currently facing a new and unique test.